David Bates on 'A French Affair' 23 January at Wigmore Hall A French Affair Looks at the music from James II's court – celebrating the genius of Henry Purcell, who…

Cassandra Miller is a Canadian composer living in London. She combines teaching and her own post-graduate studies with an approach to composition that has been described ‘unclassifiable’ (by Music Works…

Lucy Crowe joined us for two performances of Classical Women in November 2019. ★★★★★ Review in The Times from Bath MozartFest Bath is no stranger to star singers. In the… La Nuova Musica presents a new live recording of Gluck’s Orfeo ed Euridice, with countertenor star
Iestyn Davies singing the title role. Once created to reinstate the “noble simplicity and calm
grandeur” of ancient Greek culture, the opera continues to delight audiences with its direct and
unpretentious appeal, epitomized by the world-famous aria Che farò senza Euridice. This live
recording presents the original 1762 Vienna premiere version of the opera, with Gluck’s exquisite
evocation of the Elysian Fields from his 1774 Paris version as a small addition.

La Nuova Musica and its artistic director David Bates are among the most exciting young Baroque
ensembles of our times. For their first PENTATONE recording, they work together with three
exceptional vocalists: countertenor Iestyn Davies and sopranos Sophie Bevan and Rebecca Bottone. END_OF_DOCUMENT_TOKEN_TO_BE_REPLACED

Star of stage and screen Joanna Lumley will lead LNM's unique performance of Handel's Alcina. For the first time ever, Handel’s masterpiece will be presented with a specially commissioned English…

Robert Thicknesse for The Critics Circle "A revelatory performance [...] Lately, David Bates and his group La Nuova Musica have emerged from the melee of early music groups to real… 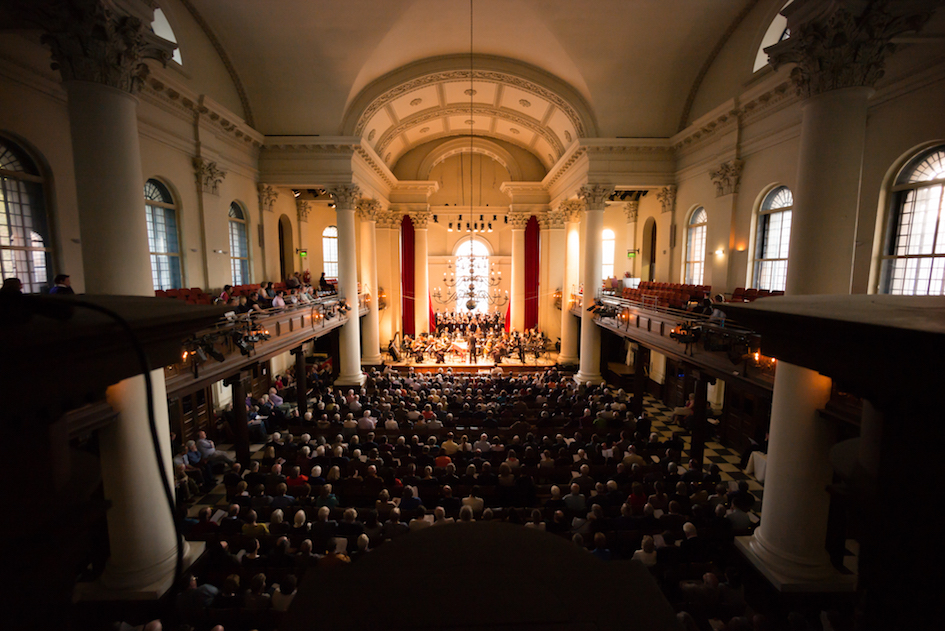 “Countertenor Iestyn Davies took the title role here, singing with the plangency that is his trademark and also impressive authority. Sophie Bevan was his warm-toned Euridice and Rebecca Bottone an unaffected, not over-cute Amor. Bates takes a very expressive view of Gluck’s music, which meant much sustained, thoughtful phrasing and some pulling-about of the tempo.”
read the full review……

“Gluck’s opera is remarkable for its concision. In this reading character and situation were presented in high definition. […] From the Rameauesque pomp of Ah! se intorno a quest’ urna funesta and the agonised repetitions of Euridice’s name by Orfeo (Iestyn Davies) to the bone-china delicacy of Gli sguardi trattieni by Amore (Rebecca Bottone) and the slow seduction of the Furies (with thunder and wind machines), this was a performance in which dissonance and consonance shimmered like petrol on water.”
read the full review……

“And, this was indeed a ‘chiaroscuro’ Orfeo in which Bates, La Nuova Musica and the soloists, especially Davies, shone shafts of light which pierced the darkness, leading to the arresting and exultant illumination of the opera’s conclusion.”
read the full review……

“La Nuova Musica’s concert performance of the original 1762 Vienna version, conducted by David Bates, did not include any action or dancing, but this proved no obstacle to it being extremely moving. This is because it revealed how the music itself contains all of the drama and emotion when it is rendered effectively. Here, the strong rhythmic awareness that the ensemble demonstrated helped to keep the emotional colour wheel turning, and this was no better illustrated than in Act II when Orfeo confronts the Furies in his attempt to enter the Underworld. The playing revealed just how much of the ballet lies in the movement generated by the music, as opposed to any physical action. On hearing the chorus members confront Orfeo with the strength of their sound, it felt as if they could have only ever become less formidable had they begun to adopt even just a few arm gestures. Atmosphere was also generated by actually using a wind machine and metal sheet (played from the gallery) to create menacing and thunderous effects.”
read the full review……

“Orfeo is a story about the power of music, and David Bates brought some wonderful things from the band. There was huge variety in the ‘echoes’, the spectacular storm (with thunder and wind coming from the SJSS gallery) at the beginning of Act 2, terrific brass playing throughout, the glorious ‘Elysian Fields’ music with Georgia Browne on solo flute, the arresting harp music from Karen Vaughan, and all the rest.”
read the full review……

END_OF_DOCUMENT_TOKEN_TO_BE_REPLACED Handel Teseo St George's Hanover Square 12/04/18 & 14/04/18 Sam Smith for MusicOMH.com 5***** "The programme stated that ‘Tonight’s performance aims to recreate the drama in the Perfection that would have…