Here are the reviews for our Wigmore Hall performance of Cesti’s Orontea on December 14th:

A few weeks ago at Shakespeare’s Globe, I felt I had been locked into some terminal limbo of tedium. Clever men describe Luigi Rossi’s Orfeo as a “masterpiece” of the Italian baroque, written during the 1640s, but it seemed to ignorant me nothing more than a stock romance with some irritating comic characters, clothed in insipid and monochrome music.

Everyone else loved it, however – so I thought, well, perhaps the idiom is just not my cup of musical tea. But here at the Wigmore Hall was another opera of the same school, composed contemporaneously within the same framework, which I found much more palatable……..

……..Anna Stéphany and Jonathan McGovern sang lustrously and stylishly as Orontea and Alidoro, their regal intensity contrasting with the lighter brighter tone of Mary Bevan and Michal Czerniawski representing the lower social orders.

Sam Furness gamely transvested as a lecherous old crone, and Christopher Turner did a nice turn as a comic pageboy.  Timothy Knapman provided a surtitled translation rather too liberal with vulgar doubles entendres, but no harm done.

It wouldn’t feature on my operatic desert island, but there is much in Orontea to enjoy and admire.

First performed in 1656, Antonio Cesti’s Orontea was immensely popular in its day. Like much of the composer’s music, however, it languished in obscurity for centuries, and the baroque revival hasn’t accorded it the same status as the operas of Monteverdi and Cavalli. La Nuova Musica’s concert performance under its director, David Bates – its first UK outing for decades – revealed it be a tremendous entertainment, though it has its flaws………

………La Nuova Musica, however, did it wonderfully well. Bates’s conducting had superb poise, and the cast was impeccable, with not a weak link anywhere.

Bevan’s and Czerniawski’s ecstatic duets stood out, as did Edward Grint and Christopher Turner as a pair of unsavoury choric commentators, whose remarks punctuate the drama with delicious shafts of irony. The surtitles, pitched somewhere between Carry On film and Restoration bawdry, occasionally went over the top. Good, dirty fun, though, and a real treat.

“……….Bates leading from a harpsichord…….captured the music captured the music’s sensuality and vigour and, from a small ensemble the cornett and recorder were wielded with flair by Gawain Glenton. The singing ranged from good to terrific. The baritone Jonathan McGovern was appealingly anguished as Alidoro…..Sam Furness was good value as the dragged-up tenor Aristea and Mary Bevan was in luminous voice as Silandra……..”

read the full article (you need a subscription)

The performance was superb

……….In the title role, Anna Stéphany revealed a rich and strongly focused voice, while the baritone of Jonathan McGovern’s Alidoro was firm, expansive and aesthetically pleasing. As Silandra Mary Bevan’s lines were both sumptuous and precise, while as Corindo countertenor Michal Czerniawski literally wailed with despair in his brilliant performance of ‘O cielo’. As Giacinta, Anat Edri had a sweet and clean soprano while as Aristea Sam Furness revealed a pleasingly light line at the top of his tenor range. Although this was a concert performance, Furness really went to town by donning a bright pink dress and dancing during his arias! As Orontea’s advisor Creonte, Tibrino and Gelone respectively, Timothy Dickinson, Christopher Turner and Edward Grint all played their parts to the full.

The performance was in Italian with surtitles being projected onto the curved wall behind the Wigmore stage. Timothy Knapman’s translation, which included lines such as ‘you told the Phoenician to take a hike’, ‘The lady’s not for turning’ and ‘I do not want a husband for my bed, So I am happy to stay unwed’, may not have reflected the precise words to be found in Giacinto Andrea Cicognini’s original libretto, but it seems safe to say that it effectively captured their spirit.

“………The conductor David Bates combined a light directorial touch with discerning appreciation of the work’s theatrical qualities, generating a persuasive fluidity which was all the more impressive given that the singers were confined to a narrow strip of a stage platform crowded with the instrumentalists of La Nuova Musica. The latter provided sensitive support during the recitatives and enjoyed their opportunities to contribute to the drama of the arias.

The superb cast rejoiced equally in Cesti’s strong lyricism and wealth of invention, and in the plot’s chaotic complications, revealing themselves to be compelling vocal actors with a fine sense of both the musical style and comic traditions………..

The performance was a reminder of the wonderful experimentation that took place during the 17th Century. Satire mingled with sincerity and the natural human emotions spoke directly. Orontea set out to entertain, rather than instruct it’s first audiences and we were duly entertained.”

The Wigmore Hall was packed for La Nuova Musica, presenting Antonio Cesti’s Orontea………La Nuova Musica  have a reputation fore imaginative flair. This performance was vigorous, energetic, and above all fun, true to the composer and the audacious spirit of his time. The impact was magnified at with its warm, close acoustic.……Early audiences were given printed copies of the text, complete with candle attachments.  At the Wigmore Hall, we were helped by surtitles projected on the wall above the stage, in a free translation with rhyming couplets which apparently catches the irreverent spirit of the original.  From where I was sitting, I couldn’t read a thing but that proved not to be such a bad idea, for the opera makes perfect sense when you stop worrying about literal meaning, and focus instead on the madcap delirium that soon becomes oddly engaging. Vocal performances were vivid, which helped a lot. In addition to the three principals above, Mary Bevan sang Silandra, Michal Czerniawski sang Corindo, Anat Edri sang Giacinta, Christopher Turner sang Tibrino and Edward Grint sang Gelone, the amiable drunk.

In 1656, composer/singer Antonio Cesti and librettist Giacinto Andrea Cicognini (with some help from Giovanni Filippo Apolloni) packed a whole soap season worth of twists and turns into 2 hours. Maybe you – like me – have never heard of it before, but Wiki assures us that it was one of the most popular operas of the 17th century. Maybe you’re a big JDD fan and have heard Intorno all’idol mio on her Drama Queens album. It has been recorded by other mezzos as well, though Wiki says Orontea was in 1656 a soprano role. Let’s conclude that the 1600s are the new 1700s.

The story starts with Orontea (queen of Egypt) proudly boasting that she doesn’t need a man in her bed…..

Praise for Our Bejun Mehta Recital At The Wigmore Hall 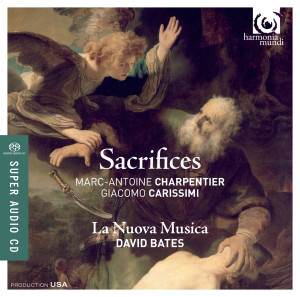