Orlando, Alcina and Ariondante all have librettos taken from Ludovico Ariosto’s Orlando Furioso and it has been our pleasure to present these three marvellous operas over three years at London Festival of Baroque Music. Ariodante completes the trio and with an exceptional cast of ‘next generation’ Handelians La Nuova Musica is very excited to present the opera, in its near complete form, only omitting the dances. Unlike Orlando and Alcina, there is little cross-dressing and few endless plot mascinations, so the story is surprisingly easy to follow. That said, you can expect Handel’s typical characterisations, fantastic melodies and dazzling vocal displays equal to the finest in his operatic cannon.

“..the players of La Nuova Musica and conductor David Bates favour elegance and warmth while pulling out the stops at moments of high drama.” THE STAGE on Alcina

“The balance, sensitivity and attention to detail were frequently staggering, and the various solo instruments cut through the air with spellbinding precision.” MUSICOMH.COM on Orlando 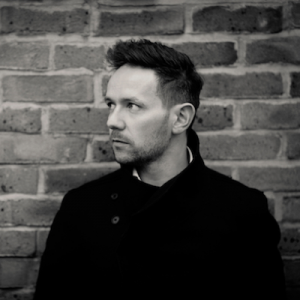 Launching our three-year residency at Brighton Festival, we present a collection of Handel’s finest operatic obbligato arias (just solo voice and up to three accompanying instruments: in this case violin, oboe and bassoon). The virtuosity and lyricism required of these often overlooked heroes of the opera world will be recognised as three of LNM’s principal players will share the limelight with internationally renowned countertenor Iestyn Davies in a programme that includes arias from Handel masterpieces, Ariondante, Amadigi, Rinaldo, Rodrigo. Orlando, Giulio Cesare, Teseo and Il Trionfo del Tempo e del Disinganno.

LNM’s virtuoso instrumentalists include violinist Thomas Gould, oboist Stjepan Nodilo and bassoonist Joe Qiu, who will be joined by other members of LNMs world-renowned ensemble, led by David Bates.

“Davies was the epitome of effortless meticulousness… Bates, La Nuova Musica and the soloists, especially Davies, shone shafts of light which pierced the darkness, leading to the arresting and exultant illumination of the opera’s conclusion.” OPERA TODAY on LNM’s recording of Gluck’s Orfeo ed Euridice, 2019

Following ‘A French Affair’ in January, where we examine Purcell through a Gallic ‘lens’ we turn our attention to Purcell’s musical connections with his Italian contemporaries. Plus there’s another chance to hear Cassandra Miller’s bewitching Sleepsinging, premiered in January. A reimagining of Purcell’s Fairie Queen, it conjures the half-way point between sleep and wakefulness, to mysterious and hypnotic effect.

A feast of sacred and secular vocal gems from the trailblazing composer who bridged the Renaissance and Baroque periods.