David Bates makes his directing/conducting debut for Glyndebourne-on-tour with Robert Carsen’s exuberant production of Rinaldo in Autumn 2019.  This season, he also conducts Serse (with Jakub Orlinski) for Opera de Rouen and Ariodante for the London Festival of Baroque Music with La Nuova Musica.  Previous opera productions have included Xerses at Iford Arts, Cesti’s L’Orontea at the Innsbrucker Festwochen, Cavalli’s La Calisto for Cincinnati Opera (directed by Ted Huffmann), James Darrah’s production of Iphigénie en Tauride at the Lisbon’s Teatro São Carlos and Vivaldi’s Il Farnace with the Tony Award winning theatre director Garry Hynes at the Spoleto Festival in the US.  In December 2020 he will make his conducting debut with the Irish Baroque Orchestra in Handel’s Messiah. read more… 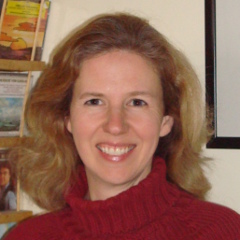 Lucy Bending comes to the role of General Manager with over twenty-five years experience of working within the arts in a wide variety of roles both in the UK and abroad. Ten of these years were spent as Concerts & Tours Manager of Gabrieli Consort & Players and ten as manager of the London Festival of Baroque Music (formerly Lufthansa Festival of Baroque Music), gaining high levels of expertise in all aspects of music and festival management, orchestral touring and arts marketing. Lucy combines her new role at LNM with Manager of two festivals, Baroque at the Edge and Winchester Chamber Music Festival, and General Manager for ChamberStudio.

Chloe joined the LNM team in September 2019 in a new role that serves the needs of the Continuo membership scheme. Following full time roles at Britten Sinfonia (marketing) and Art Fund (marketing and membership), Chloe is now a freelance marketing consultant and project manager. Her clients have included The Academy of Ancient Music, Cambridge Music Festival, Free Word, Chamber Studio and St Albans International Organ Festival. Chloe is also a governor at Watling View School and Secretary of the Wheathampstead Community Group.

Harriet is an established arts fundraiser specialising in raising funds for orchestras and arts organisations from statutory bodies such as Arts Council England, and charitable trusts and foundations. She has worked for the Barbican Centre, London Symphony Orchestra and Orchestra of the Age of Enlightenment and is now is arts fundraising and strategic development consultant. Clients have included Academy of Ancient Music, Arcangelo and Multi-Story Orchestra, and she is part of the regular team at the Brighton Early Music Festival. She is a Trustee of early music ensemble Solomon’s Knot.

The Board Of Trustees